Half of the island of Mljet is a national park, with the most unusual feature of the island: two inland salt water lakes- Malo Jezero and Veliko Jezero -connected to the sea by a narrow canal. Mljet has few residents, no large towns and only one major road. It is believed that St. Paul the Apostle landed on Mljet after a shipwreck on his way to Rome in 61 AD, specifically on the sandy beach of Saplunara. St. Paul first named Saplunara after Latin word “sabulum” that means “sand”. Another famous resident of this small island was Odysseus. His cave is situated under the village of Babino Polje.

On the island of Mljet, we recommended docking in Pomena bay and a visit to the national park, with its clear lakes, peaceful beaches and picturesque biking trails. The price of a berth usually includes a ticket for the national park.

Name comes from the Italian ‘Meleda’ and latin ‘Melita’ 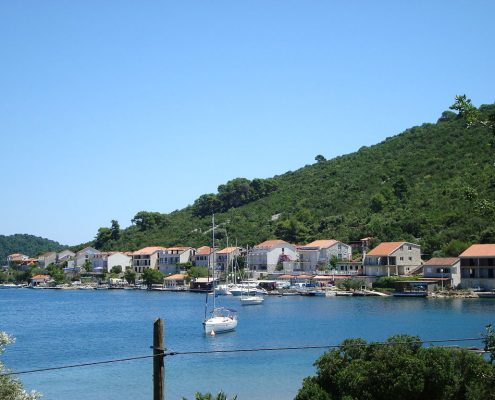 Would you like to sail in harmony with unspoiled nature and in the ambience of traditional architecture? If your answer is yes, then you should not miss Lastovo  – an island of dreamlike beauty, where you will enjoy healthy and fresh food from the fields and the crystal-clear sea of the island.

Beside sailing to its pristine bays like Zaklopatica and Skrivena, you can also see the other special tourist attractions of the island are the famous Lastovo chimneys, which were once status symbols of old Lastovo families.

Contact your Adriatic Sailing yacht charter team and discover these two island right away! Decide which yacht will suit your needs.

Any cookies that may not be particularly necessary for the website to function and is used specifically to collect user personal data via analytics, ads, other embedded contents are termed as non-necessary cookies. It is mandatory to procure user consent prior to running these cookies on your website.

SAVE & ACCEPT
Scroll to top